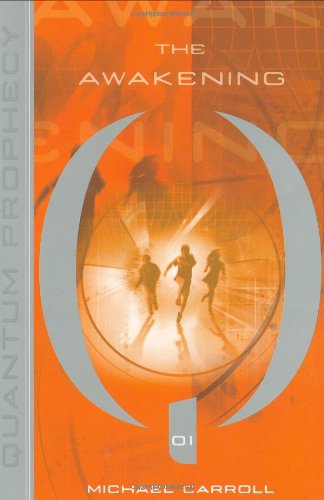 Quantum Prophesy: The Awakening
Michael Carroll
When Danny and Colin begin to experience superhero powers, they come to learn from their parents that the entire generation of superhumans were not destroyed in the great battle ten years ago and now must come to terms with their ancestry as well as the reality that others may want to destroy them because of it.
2 Votes

Ten years ago all the superhumans disappeared fighting Ragnars and his super battle tank. In Great Britain on the tenth anniversary of Mystery Day marking the day when all superhumans disappeared Colin Wagner and his friends Danny Cooper and Brian McDonald are hanging out when Danny moves inhumanly fast to save Brian's sister from being hit by a bus. Colin is shocked when he finds out about his parents past and that they were some of the most famous superheoroes along with Danny's dad.

What's this?
Quantum Prophesy: The Awakening review by LWell

Ten years ago, superheroes roamed the earth, bringing evil to justice and saving humanity from itself. But in a battle against a supervillain, Ragnarok, all the superheroes lost their powers and were effectively lost forever. But now, it seems Danny and Colin, two best friends, have abilities that only superheroes could. Caught up in a whirlwind of conspiracy, the two and their "superhero" parents are kidnapped and sent to America, where Colin escapes and is set against not only trained soldiers but the mystery that is America.