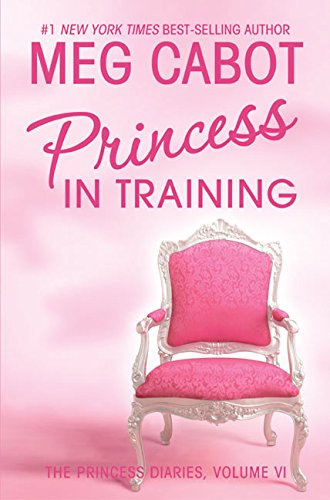 The Princess Diaries, Volume VI: Princess in Train
Meg Cabot
The sixth book in the #1 New York Times bestselling Princess Diaries series by Meg Cabot.Student body president, that is—nominated by her power-mad best friend, Lilly. This is not how Mia imagined kicking off her sophomore year, but as usual, she has bigger problems to worry about, like Geometry. And now that Mia's one true love, Michael, is uptown at college, what's the point of even getting up for school in the morning? But the last straw is what Lana whispers to her on the lunch line about what college boys expect of their girlfriends. . . . Really, it's almost more than a princess in training can bear!Princess in Training is the sixth book in the beloved, bestselling series that inspired the feature film starring Anne Hathaway and Julie Andrews.
1 Vote

This book is the sequel to Princess in Pink. In this book, Mia has more important things her mind. By important we mean, running for student council against Lana, dumping snails in the Bay of Genovia, and the most important thing of all, doing IT with Michael. With a fantastic show of understanding and smarts, Mia blows the student body away. Michael is an understanding boyfriend and they work it out. Now you may ask, well, what about the snails? Well, you'll just have to find out in Princess in Training.