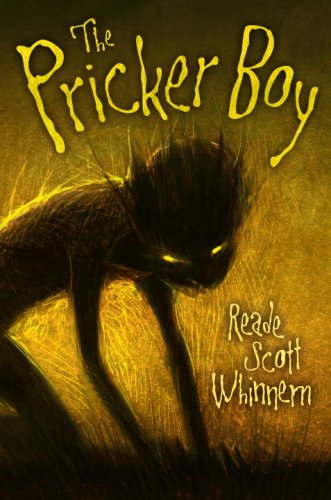 The Pricker Boy
Reade Scott Whinnem
Some stories draw blood. Some truths won’t stay buried.He was human once, or so they say. The son of a fur trapper, he was taunted by his peers and tricked into one of his own father’s traps. By the time anybody found it, the trap’s vicious teeth were empty, pried open and overgrown. It was said the brambles themselves had reached out and taken pity on that boy; that his skin had hardened to bark as thorns grew over every inch of his body.Maybe it’s true and maybe it isn’t. But anyone who knows anything stays out of the woods beyond the Widow’s Stone.That used to be enough. But this is the summer everything changes, as Stucks Cumberland and his friends find a mysterious package containing mementos of their childhood: baseball cards, a worn paperback, a locket. Offerings left behind in the woods years ago, meant to keep the Pricker Boy at bay. Offerings that have been rejected.
1 Vote

What happens when you live in a forest and you see a boy whose skin is gray and resembles dead bark with thorns covering his body. Well that's exactly what happened to Stucks Cumberland. When his friend Ronnie tells all of his summer friends, Vivek ,Emily, and Robin, the story of the Pricker Boy everything goes down hill. If you are caught alone in the woods past the Widow's Stone then you will get kidnaped by the thorns and disappear forever. Is the Pricker boy real, or is he just someone making a big joke.