Pretend Princess (A Story of Concordia) 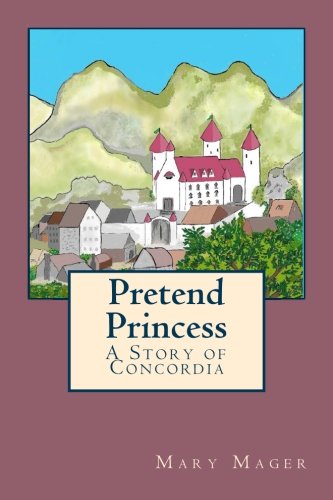 In the mountain kingdom of Concordia, King Bartholomew has a problem. How can he ease the loneliness of Queen Gabrielle, who longs for a child? Borrow one, of course! A young girl named Olive becomes the Queen's companion, growing up one foot in a palace and the other in a cottage. But what happens to a Pretend Princess when the King and Queen finally have a child of their own? With humor and a vivid cast of characters, "Pretend Princess" turns the usual fairytale on its head in this engaging story. "Pretend Princess" is the captivating first book in the Concordia series for middle-grade readers.
2 Votes

Tweet
Pretend Princess (A Story of Concordia) review by rephilipsen

Queen Gabrielle is lonely. She had lived with many nieces and nephews before she became queen, so she loves children. She wants a child very badly. King Bartholomew loves Gabrielle and wants her to be happy. He goes in search for the perfect child to join his wife in the palace and keep her company. After several mishaps with naughty children, he finds Olive.

What's this?
Pretend Princess (A Story of Concordia) review by ClaudiaG

Queen Gabrielle is from the kingdom of Thisley. She married King Bartholomew of Concordia and moved there. She is used to having children around, but because there are no children in the palace, she feels lonely. What does King Bartholomew do? Borrow one. Later that week, he begins his quest for a child to borrow. He visits many children. Soon, after searching almost every house for a child, he nears the end of the village. He worries that he will not find a child who will be good enough for Queen Gabrielle.