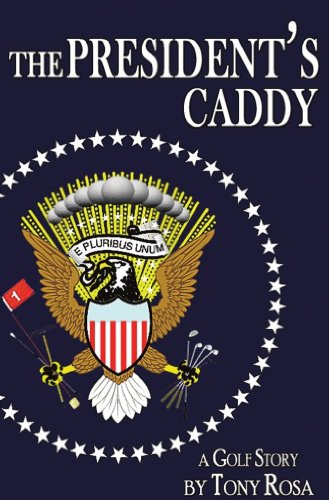 The President's Caddy
Tony Rosa
Thanks to his uncle, sixteen-year-old Sam Parma lands the job of caddying for the President at a celebrity golf tournament. His younger brother, Matthew, will be caddying alongside him. Well, sort of; Matthew gets to drive around in a cart, plays the “cute” card, and gets away with everything. Meanwhile, Sam slaves away hauling clubs next to egotistical caddy Chip Swanson, a popular high school senior who makes it known that he’s just as good as any of the pros. Sam wants to prove he is cut out for a career like professional tour caddy, Major, but soon worries he just may not be good enough.Sam finds the simple rules of being a caddy not so simple. He’s a little put-off that the President selects his own clubs and never asks for his advice, but he just wants to do a good job and not overstep his bounds... even though he’s frustrated by Chip’s colorful tidbits about the course, and the fact that everybody loves Matthew’s antics. Then there’s the fact that Theresa Bellissima is at the golf course; Sam can’t stop thinking about what to say to her, and whether or not she’s flirting with him. Sam’s not just learning about how to be a good caddy; he’s also discovering things about himself. He wants to do an extraordinary job, but the terrain proves troublesome and a “Big Goof” almost sinks him. Sam is ready to give up thoughts of ever being a caddy when something simple gives him a needed boost.
1 Vote

In The President’s Caddy, 16-year-old Sam Parma tells the story of his first day caddying for the former President of the United States at a golf tournament. His younger brother, Matthew, is a caddy for a golf player named Zach Reyes, and his older sister, Renae, is a volunteer. Matthew gets everyone wrapped around his finger within minutes with his cute factor, while Sam, who works harder than Matthew, is always looked over by other golf players.