The Poisons of Caux: Book Two 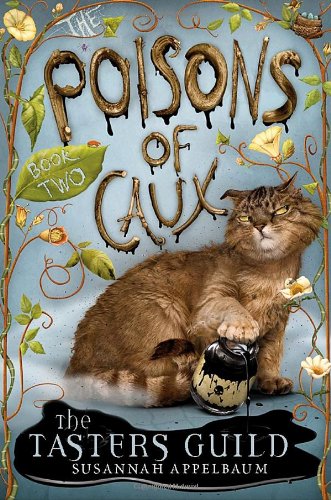 The Poisons of Caux: Book Two
Susannah Appelbaum, Jennifer Taylor
The Poisons of Caux, Book IIA macabre and funny fantasy trilogyAfter the perilous adventure of The Hollow Bettle (Book I), the dark reign of the Nightshades is over at last, and a new day has arrived in Caux, a land long ruled by poison and deceit. The ancient Prophecy-the coming of a Noble Child to cure the one, true King-has finally begun.But fear still grips the people of Caux, for they live in the shadow of the powerful, poisonous Tasters' Guild. Sequestered high within its corrupt walls sits Vidal Verjouce, the Guild's diabolical Director, his dark magic more potent than ever. Eleven-year-old Ivy, famed healer and Noble Child, and her friend and taster Rowan must venture inside the Guild itself if they are to find the door to their sister world, Pimcaux-and fulfill the Prophecy. But a deadly weed-once thought extinct-threatens their journey: scourge bracken, a plant dedicated to domination and destruction, also known, ominously, as Kingmaker. Who else has detected it? And will Ivy's remarkable gift-her dominion over plants and nature-be enough to thwart it?Susannah Appelbaum's imagination soars with poison inks, flower codes, catacombs, secret crypts, and sinister twists in this middle volume of the macabre and magical Poisons of Caux fantasy trilogy.
1 Vote

Tweet
The Poisons of Caux: Book Two review by NBru

Ivy the prophecy child and her sidekick Rowan have to travel to the guild to face the evil director. Ivy keeps on healing others and is becoming well known around Caux. They make many new friends on the way. They also face many hardships. This book is packed with action from the start to the deadly encounter.