The Pillow Book of Lotus Lowenstein 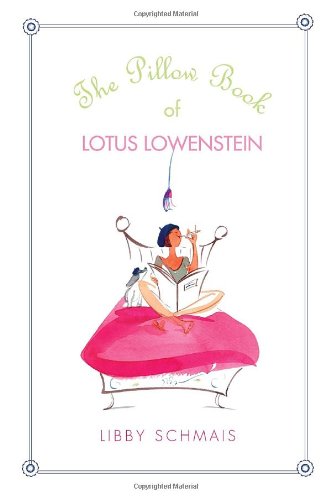 The Pillow Book of Lotus Lowenstein
Libby Schmais
An adorable, completely original YA voice.Lotus Lowenstein's life is merde. She dreams of moving to Paris and becoming an existentialist. Yet here she is trapped in Park Slope, Brooklyn, with a New-Agey mom, an out-of-work dad, and a chess champion brother who dreams of being a rock star. Merci à Dieu for Lotus’s best friend, Joni, who loves French culture enough to cofound their high school’s first French Club with Lotus. At the first meeting, the cutest boy in the world walks in. His name is Sean, and he too loves French culture and worships Jean-Paul Sartre. At first, Lotus thinks Sean is the best thing to happen to her in years. He’s smart, cultured, and adorable. Unfortunately, though, Joni feels the same way. And having an existentialist view of love, Sean sees nothing wrong with enjoying both girls’ affections. Things come to a head when all three depart for Montreal with their teacher, Ms. G, on the French Club’s first official field trip. Will Sean choose Joni over Lotus? And will Lotus and Joni’s friendship ever recover?
1 Vote

Tweet
The Pillow Book of Lotus Lowenstein review by SBell_LBMS

The Pillow Book of Lotus Lowenstein by Libby Schmais is a realistic-fiction journal about a teenager named Lotus who is an anything French addict. Her greatest aspiration is to live in France and live as an existentialist. She is not looking for love, but when a cute boy walks into to the French Club she created, she is head-over-heels. When Lotus hears that her best friend, Joni, feels the same way about the new boy, Sean, she hides her feelings, for she doesn't want to stomp on the socially awkward Joni's first crush.