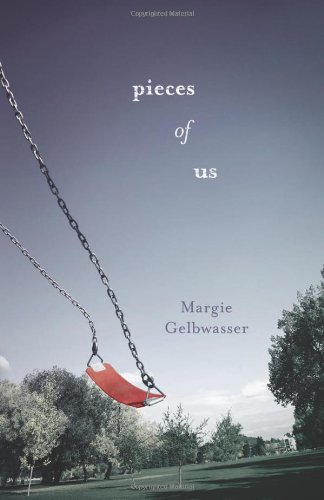 Pieces of Us
Margie Gelbwasser
Two families. Four teens. A summer full of secrets. Every summer, hidden away in a lakeside community in upstate New York, four teens leave behind their old identities . . . and escape from their turbulent lives. But when he’s back in Philadelphia during the school year, Alex cannot suppress his anger at his father (who killed himself), his mother (whom he blames for it), and the girls who give it up too easy. His younger brother, Kyle, is angry too―at his abusive brother, and at their mother who doesn’t seem to care. Meanwhile, in suburban New Jersey, Katie plays the role of Miss Perfect while trying to forget a horrible, life-changing event that no one knows about. But Julie, her younger sister, sees Katie only as everything she’s not. And their mother will never let Julie forget it. Up at the lake, they can be anything, anyone. Free. But then Katie’s secret gets out, forcing each of them to face reality―before it tears them to pieces. Praise:“Suspenseful, disturbing, and emotionally fraught.” ―KIRKUS REVIEWS
1 Vote

The epitome of a coming to age story, this book is about four very diverse teenagers. Their stories are filled with turmoil, despair and a love triangle that will all be revealed with nothing left out. Two sisters and two brothers come together every summer in upstate New York in their Russian grandparents' homes, a place they think they can forget about everything and everyone, where they can finally be themselves. That is until a secret will unfold and tear apart their relationships.