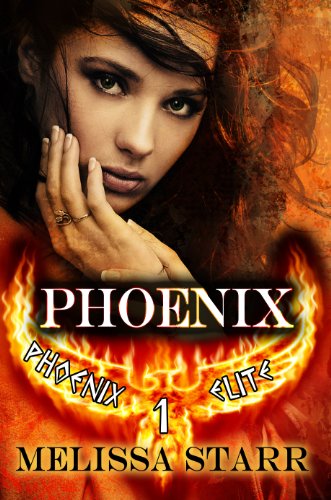 Phoenix (Phoenix Elite #1)
Melissa Starr
The Phoenix Elite - Book OneElora Rae Gannon believes her life is over. On her sixteenth birthday, she receives news that she is a mythical monster of hellish proportions and if that’s not bad enough, she receives this information in the form of a letter from her dead mother who also informs her that she must become part of an elite secret society of others like herself or die. Sucky birthday, huh? And just when she thinks she’s got it all figured out, her new-found family in the Elite forces her to break ties with her human BFF shortly before her BFF just up and vanishes. With her world in utter upheaval, Elora makes the move to a new school- Marlind Prep, with full intentions of finding out exactly what is going on behind the scenes and why her best friend has vanished- all while trying to figure out how to successfully make out with her boyfriend without sucking the very life out of him!
2 Votes

Pheonix is about a girl name Elora. When she turns sixteen, she finds out that she is a part of an elite society of mythological creatures called Phoenix. When she becomes a Phoenix, she learns that her mentor is a super hottie named Ezra whom she has been drooling over for three years. As a member of this elite society Elora learns that there are dark secrets. When her BFF goes missing, Elora decides to let the authorities handle it while trying to find clues of her own.

In Phoenix, we follow high school student Elora and her friends. On her 16th birthday, she receives a letter from her mother, who had died years before. The letter explained that Elora was different, that she was part of a secret group, known as the Phoenix. For one to be in it is to be privileged and extremely beautiful. Elora didn’t want to be a part of it, as did her friend, Chloe.

Elora, having no choice in the matter, joined the group. After this, she starts to learn of the history, her past and what she must do to stay in the group.