Phat('s) Chance for Buddha in Houston

Puberty meets midlife crisis in this poignant, hilarious coming-of-age story. It's 1990 and just another typical summer day in Mapletown, Indiana, until Uncle Phat, aka The Reptile (or Uncle Mike, as he used to be called), who seems to have been in a midlife crisis since he was born, wanders into the garage and gives his puberty-stricken 15-year-old nephew, Galen Calcoun, only about an hour to pack. The squinting Uncle Phat and his beloved Ruby—a 1970 ruby-red white-top convertible Buick Electra 22— along with Galen and "the three books about Buddhism" that take a place in the middle of the front seat, are headed to Houston, Texas, to "look at an engine" for Ruby. They leave a note for the family and, with ZZ Top blaring, take to the road.

They are escaping not only the monotony of their town but also the tyranny of the "cousins," who by sheer numbers alone wield chaos-based control over the entire clan, the brunt of which is borne by Uncle Phat, although Galen, too, is tiring of it even if he doesn't know it...yet. "Intellectuals in a sea of morons" is how Galen views it ten years later as narrator, as he recounts their trip that includes lessons in French history while in Vincennes, Indiana, and Cape Girardeau, Missouri. Of course, they have to make a stop at Mark Twain National Forest. After a foray in a casino bar on a boat in Shreveport, Louisiana, they have a run-in with a bunch of gun-totin' nature lovers on ATVs in Louisiana. It could go horribly wrong, but thankfully Galen gets a stomachache.

Their "irresponsible" behavior is buffered by the people they meet who, despite the travelers' antics, see their better sides, invite them in, and befriend them. The point of the trip was...what again? Oh yea, getting to Houston to look at that engine for Ruby, except all the while, they are badgered by family members to stay in touch so they can get yelled at, chastised some more, and bashed for acting "irresponsible." Starting with the first lie, the trip is predicated on more lies and, when it ends, only one of them returns home to Indiana. Wow is now! 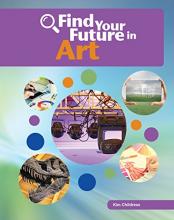