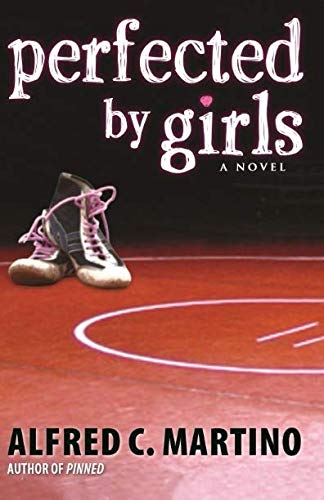 Perfected By Girls
Karen Grove, Jennifer Martino Nehrbauer, Alfred C. Martino
Navigating high school isn't easy for Melinda Radford. She’s the lone girl on the Ashton High wrestling team, grappling with opponents who refuse to compete against her, a few who want to crush her, and a coach who's less-than-pleased having a female in his practice room. At home, Mel’s parents forbid her from seeing her new boyfriend, her grandmother insists she start preparing for her future by taking a dreary office internship, and her infuriating older brother, who’s the varsity team captain, flirts with her best friend, Jade. Just when it seems things can't get any more complicated, an off-handed comment puts Mel at odds with her teammates, her brother, and, worst of all, her coach. But through a twist of tragedy and fate, Mel is given an unexpected opportunity to accomplish something no girl in her school's history has ever done—something that just may redeem her in the eyes of her detractors. Is she strong enough to handle the pressure?Alfred C. Martino is the author of two highly-acclaimed young adult novels, Over The End Line and the Jr. Library Guild Selection and Best Books For Young Adults nominee, Pinned. Amateur wrestling has been a part of Alfred's life for over thirty-five years. He has competed on the midget, junior high, high school and collegiate levels, as well as coached Millburn's youth program for nearly a decade. Mr. Martino was born and raised in Short Hills, NJ, and graduated from Millburn High School, where he was captain of school's 1982 wrestling team. He is a graduate of Duke University and The Marshall School of Business at the University of Southern California. He currently lives in Jersey City, NJ.
1 Vote

Perfected By Girls is about a sophomore named Melinda who is on the wrestling team. Some people judge her for being the only girl on the team, but she doesn't care, she just wants to wrestle. Soon the papers, starting with the school paper all the way up to the local paper, have articles that piss Melinda off by misquoting her. Melinda has ups and downs with her brother, boyfriend, and best friend, put pulls through. Her grandmother wants her to work in her office for the summer, but Melinda and her best friend want differently.