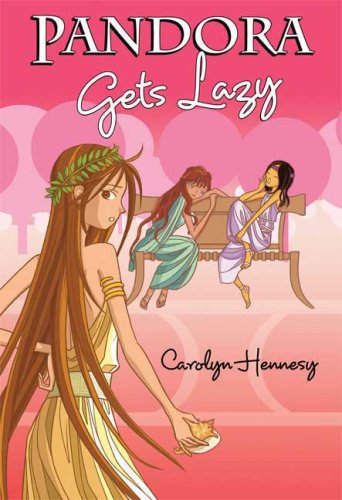 Pandora Gets Lazy
Carolyn Hennesy
Pandora is completely distraught after Hera kidnapped her beloved dog Dido, and can barely think about getting to the Atlas Mountains to capture the next evil, Laziness. But with the fate of the world still in her hands, Pandy can't afford to get lazy herself. Full of humor, sharp dialog and cinematic storytelling, Pandora Gets Lazy is another fun adventure in the Pandora series.
1 Vote

Pandora and her friends, Iole, Alcie, and Homer are on a mission to capture Laziness. While on their way, Pandy is seperated from her friends and her dog, Dido, who was captured by Hera. She must travel through the wilderness by herself until she meets two boys named Ismailil and Amri. The three of them are captured and taken prisioner. They must travel to Jbel Toubkal, where Atlas holds up the heavens. Iole, Alcie, and Homer are taken to work on a ship called the Syracusa. While there, they find and capture Misery, a lesser evil. Will Pandy be reunited with her friends?