The Other Side of Blue 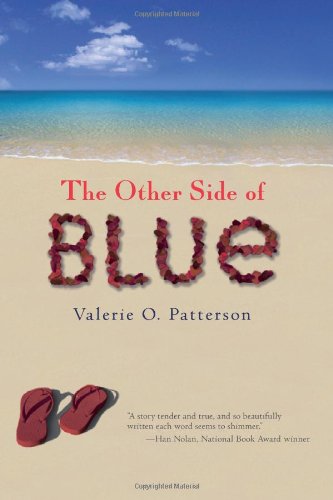 The Other Side of Blue
Valerie O. Patterson
Cyan was named after a shade of blue, her artist mother's favorite color. The color of the sea. Since her father's death last year, she’s felt just as mercurial and dark as her namesake, and the distance between Cyan and her mother has grown as wide as an ocean. Now they're returning to the island of Curaçao in the Caribbean, where her father's mysterious accident occurred, and joining them will be Kammi--who may soon become a stepsister. Haunted by the secrets of the past, Cyan will explore all the depths of her blueness this summer, discovering the light, the darkness, and the many shades in between that are within her—and within us all.
1 Vote

Tweet
The Other Side of Blue review by AStor

Cyan is a girl like any other, but she is grieveing over the loss of her father. Every summer for as long as she could remember, her family has traveled to Curacao for summer vacation. Cyan doesn't see the reason of going without dad; especially since it was the place he died. This summer, Cyan does not just need to grieve over her late father but figure out why he was out to sea by himself anyway. Cyan will not stop until she gets some closure, even if it means she has to be nice to a certain island native. This book is a mystery and an adventure until the very end.