The Opposite of Invisible 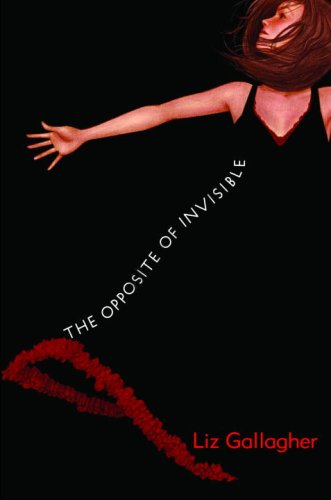 The Opposite of Invisible
Liz Gallagher
Alice and Jewel have been best friends since grade school. Together, they don’t need anyone else, and together they blend into the background of high school. Invisible. To Alice, Jewel is the opposite of invisible. Jewel is her best friend who goes to Indie concerts and art shows with her. Jewel scoffs at school dances with her. Alice is so comfortable around Jewel that she can talk to him about almost anything. But she can’t tell him that she likes the cool, popular Simon. And then Simon asks her to the school dance the same day that Jewel kisses her for the first time. Still, she can’t say no to Simon. He seems like the easy choice, the one she’s attracted to, the one she’s ready for. But will it mean losing Jewel? In a bright debut novel set against the lively backdrop of Seattle, Alice must learn the difference between love and a crush, and what it means to be yourself when you’re not sure who that is yet.
1 Vote

Alice is a girl who is invisible to the world, to everyone but her family and Jewel, the boy who is her best friend. Soon one of the most popular guys in her high school, Simon Murphy, starts to notice her, romantically. Alice begins to wonder whether Jewel is more than just a friend at about the same time. Alice starts to have to make choices between a crush and love, between being herself and being who people want her to be. She has to make choices that will make friends and lose them.