One or Two Things I Learned About Love 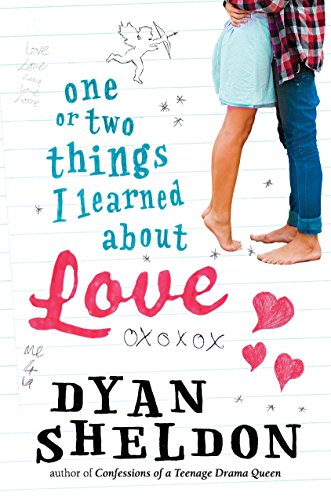 One or Two Things I Learned About Love
Dyan Sheldon
If this first love is true love, why can’t Hildy hang out with her friends without feeling guilty? Dyan Sheldon takes on the possessive side of summer romance with humor and insight.Hildy has only had two-and-a-half dates in her whole life, and she isn’t counting the half. It’s starting to look as if she’s never going to have a third date, or be kissed, or know a boy who is more than just a friend. Then, on an ordinary day, she meets Connor of the melt-that-ice-cap smile — and a summer that was going to be ordinary as toast turns into Hildy’s summer of love. But love for Hildy is a little more complicated than the songs and movies have led her to believe. It’s not so much girl-meets-boy-and loses-her-heart as boy-meets-girl-and-loses-his-mind. Part cautionary tale and part romantic comedy, Dyan Sheldon’s wry, diary-style novel weighs in on all ends of the relationship scale in a story of first love.
2 Votes

This novel explores relationship problems and worries. The main character, Hidly, has some hard times getting a boyfriend. She finally gets a boyfriend, Connor, and he really cares about her. She bends over backwards trying to make him happy and not let her suspicious friends know that there is anything wrong with her relationship with Connor. Until, finally, Connor goes a step too far and Hildy sees the truth at last.

What's this?
One or Two Things I Learned About Love review by Peace8747

The main character in the book is a girl named Hildy D’Angelo. Hildy is about 17 years old and she has had only two and a half dates. They weren’t even that great and she would like to forget them. During the summer Hildy wants to find true love.

One day when she and her friends are at a coffee shop, they see this really cute guy working there named Connor. He ends up asking her out. Hildy is very excited and overcome with joy.