Once Upon a Time University 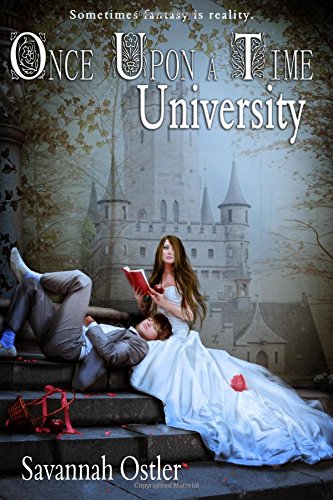 Once Upon a Time University
Savannah Ostler
The enchanting sequel to “Happily Ever After High School” After graduating Happily Ever High, eighteen year old Albany French was living the perfect fairy tale. She had her very own fairy godmother, a delightfully eccentric grandmother, and her boyfriend was her dream knight in shining armor. At first, it seemed like a flawless freshman year for her at Once Upon A Time University. The campus was magical and enchanted, her classes were extraordinary, and she made surprising new friends. A chain of unsettling events followed by a twist of fate sends Albany spinning. She is forced to make the most difficult decision of her life- one that could potentially break her heart. The perfect happily ever after was still within Albany’s grasp… or so she thought.
1 Vote

Tweet
Once Upon a Time University review by lovereading

Defeated a monster who killed your parents? Check. Managed to graduate high school? Check. Get a super cute and kind boyfriend? Check. Welcome back to the world of fairytales, a world which Albany French, the heroine of this story, is very used to by now. After graduating Happily Ever After High School, Albany returns in the sequel, Once Upon a Time University, which can definitely stand alone from the previous book. After getting settled on campus, Albany gets swept into the whirlwind of tournaments, amazing friends, and the cute dimpled face of her boyfriend.