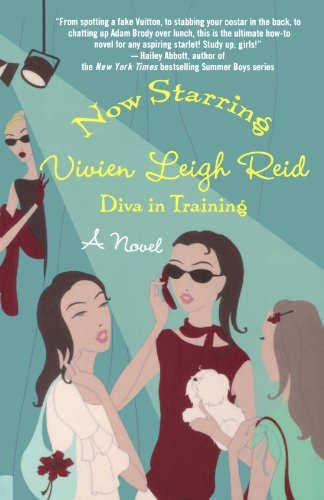 Now Starring Vivien Leigh Reid
Sandy Rideout, Yvonne Collins
Moments after arriving in L.A., Vivien Leigh Reid is already questioning her decision to spend another summer with her mother, actress Annika Anderson. Last summer's "family reunion" on a film set in Ireland may have turned out okay, but Annika is still a grade-A diva. Living in L.A. does have its upside. Leigh is taking classes at one of the city's best acting schools, and she scores a role on a hot TV soap, Diamond Heights. Better yet, her cute Irish boyfriend is coming to visit. But Leigh soon finds that dealing with Annika is easy compared to navigating the shark-infested waters of Hollywood, where even a taste of fame quickly turns a girl's head.
1 Vote

After visiting, Annika Anderson, on the set of her movie Danny Boy, Leigh doesn't think she'll ever be like her overdramatic diva mother. As she enters Hollywood for the first time, she doesn't know what to expect. Her first acting class turns out to be a disaster and she makes friends with Karis, the strange girl in the class. But Leigh wants more than that, and soon she's offered a role on a popular soap, Diamond Heights. Acing isn't as easy as it looks, and as Leigh gets into the rythm of things on set, she also begins to develop diva like tendencies.