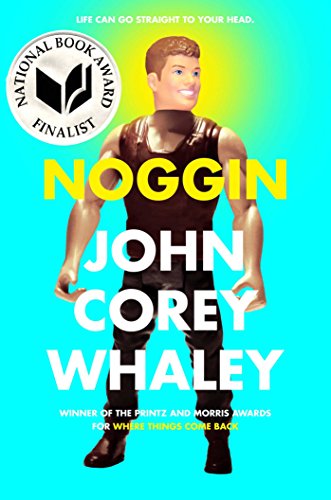 Noggin
John Corey Whaley
2014 NATIONAL BOOK AWARD FINALISTTravis Coates has a good head…on someone else’s shoulders. A touching, hilarious, and wholly original coming-of-age story from John Corey Whaley, author of the Printz and Morris Award–winning Where Things Come Back.Listen—Travis Coates was alive once and then he wasn’t.Now he’s alive again.Simple as that. The in between part is still a little fuzzy, but Travis can tell you that, at some point or another, his head got chopped off and shoved into a freezer in Denver, Colorado. Five years later, it was reattached to some other guy’s body, and well, here he is. Despite all logic, he’s still sixteen, but everything and everyone around him has changed. That includes his bedroom, his parents, his best friend, and his girlfriend. Or maybe she’s not his girlfriend anymore? That’s a bit fuzzy too. Looks like if the new Travis and the old Travis are ever going to find a way to exist together, there are going to be a few more scars. Oh well, you only live twice.
1 Vote

For Travis Coates, the saying 'You only live once' holds no value. Sixteen-year-old Travis had a body riddled with cancer, and the only way to save his life (if it worked) was to cut off his head and put it in a freezer, hoping to reattach it to someone else's body once science progressed enough that the surgery would be possible. No one really believed that it would be successful, but surprise, surprise, five years later, Travis's head woke up attached to a taller and more muscular body.