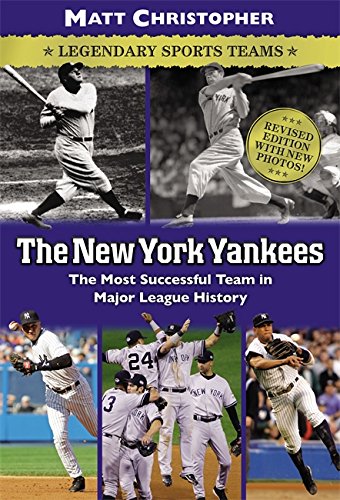 The New York Yankees
Glenn Stout, Matt Christopher
A revised and expanded edition of The New York Yankees: Legendary Sports Teams! The New York Yankees played their first game in the American League in 1903. Since then, they have become the best team in baseball, bar none. Now this action-packed and fact-filled volume brings the Yankee's great history to life. From Babe Ruth's called shot and Lou Gehrig's tearful farewell speech, to Reggie Jackson's three hits on three pitches and Derek Jeter's game-saving catches, classic moments are recounted with such vivid description that readers will swear they can smell the popcorn and hear the crack of the bat. Updated content includes team records and post-season results from 1903 to 2011, as well as lists of Yankees inducted into the Hall of Famers and photos of the most memorable plays and people in Yankee history.
1 Vote

This book shares many facts about the New York Yankees. Some are well known, and others are not. Whether you know a lot or a little about this well known baseball team, you are sure to find out even more.