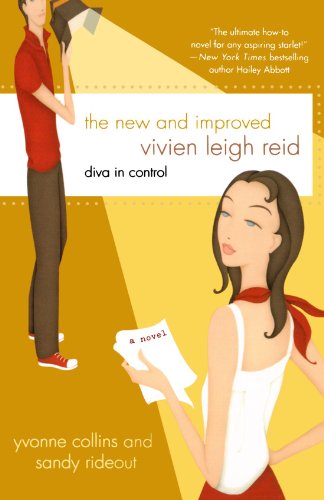 The New and Improved Vivien Leigh Reid
Sandy Rideout, Yvonne Collins
All right, so she blew it! The last time she was in front of the camera, she acted like a total diva and ended up losing the gig. But now the new and improved Vivien Leigh Reid is back in L.A. and determined to make it right. While helping her mother plan for her wedding, Leigh unexpectedly lands a featured role in a new television series, and this time she is going to keep her inner diva in control. It may not be easy as she hoped, though. The all-male cast of Freak Force, an action-adventure series about superhumanoids, isn't exactly thrilled to have a girl on board. Add that to the demands of her mother, who is quickly turning into Bridezilla, and a wicked soon-to-be stepsister, and Leigh's newfound cool may really be put to the test.
1 Vote

Vivien Reid pretty much blew her career away!! She acted like such a diva and ended up losing her job! But now shes back and better than ever! Shes's back to make things right with her career. While managing all of that she's also helping her mom get ready for her wedding along with who she calls her evil to-be stepsisters! Things are not going as well as planned, in her new role in Freak Force the cast consists of all guys who don't really want a girl there. With all this going on will Vivien be able to contain her inner diva?