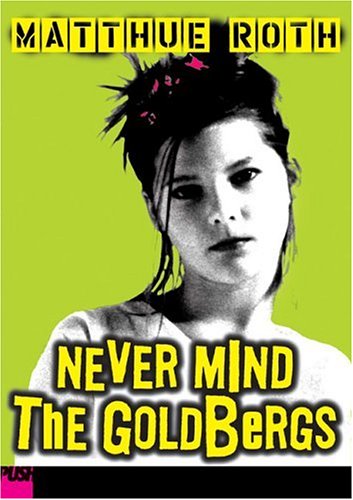 Never Mind The Goldbergs
Matthue Roth
The greatest Hollywood punk rock Orthodox Jewgirl story EVER TOLD!Don't think for a second that you know Hava or her place in the world. Yes, she's an Orthodox Jew. But that doesn't mean she can't rock out. And yes, she has opinions about everything around her. But her opinions about herself can be twice as harsh. Now Hava's just been asked to be the token Jew on a TV show about a Jewish family, trading one insular community for another. As in Tanuja Desai Hidier's BORN CONFUSED, there is soon a collision of both cultures and desires -- with one headstrong heroine caught in the middle.
1 Vote

Never Mind The Goldbergs by Matthue Roth is about a 17 year old Orthodox Jewish girl named Hava from New York City. She prides herself on being different by her beliefs, the way she dresses, and her self-proclaimed punk rock lifestyle. In an instant she is whisked off to LA, on the last day of school before summer break, to play a character in a sit-com about an Orthodox Jewish family. In LA she is tempted by a lavish lifestyle. She struggles to keep her real friends and stay kosher.