My Not-So-Terrible Time at Hippie Hotel 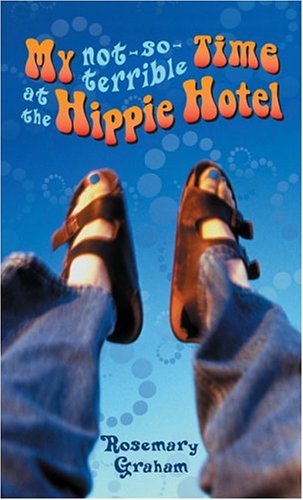 My Not-So-Terrible Time at Hippie Hotel
Rosemary Graham
Forced to go with her father to a house on Cape Cod where divorced parents spend "Together Time" with their kids, teenaged Tracy finds the experience bearable after meeting a local boy named Kevin. Reprint.
1 Vote

The summer has arrived in New York and Tracy's divorced father decides to take the family up to Cape Cod to a hotel for divorced people and their kids. The owner of the hotel, who herself is divorced with a son, has planned activities for the three families sharing an awkward vacation. Tracy, very unhappy about her situation, has taken to eating as a solace. At the Hippie Hotel, she meets Beka, another teenager near her age but nothing like her. The owner's son works for his mom and tries to befriend their guests. Tracy, after going on trips with the group, meets Kevin.