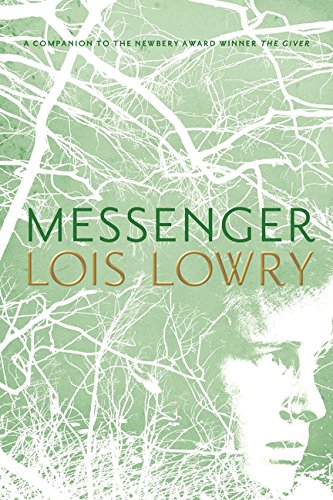 Messenger
Lois Lowry
Knowing that the Village will soon be closed to all outsiders, Matty must make the trek through the dangerous Forest to find Seer's daughter and convince her to return with him before it is too late and he loses her forever.
2 Votes

Strange changes are taking place in Village. Once a utopian community that prided itself on its welcome to new strangers, Village will soon be closed to all outsiders. As one of the few people able to travel through the dangerous Forest, Matty must deliver the message of Village"s closing and try to convince Seer"s daughter to return with him before it"s too late. But Forest has become hostile to Matty as well, and he must risk everything to fight his way through it, armed only with an emerging power he cannot yet explain or understand.

What's this?
Messenger review by ZR

This book is about a boy named Matty who wants to earn his true name. Matty used to be a boy who would steal and cheat,but as the years went by he grew up. Matty now lives in the village,with a blind man named Seer to take care of him. Then one day, Matty has to go back to the place that he lived in when he was a little boy to announce the closing of the village. Matty also brings Seer's daughter back,named Kira. As Matty and Kira go through the Forest,they face many challenges having to do with how they are going to survive.