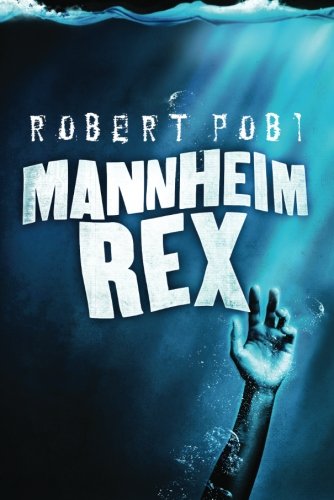 Mannheim Rex
Robert Pobi
After the sudden death of his wife, famous horror writer Gavin Corlie retreats from New York City to a secluded house on Lake Caldasac. But his new life in the country is far from idyllic; when a thirteen-year-old wheelchair-bound boy named Finn Horn nearly drowns in the lake, Gavin discovers a startling secret: people in this peaceful lakeside community keep vanishing. Is the corrupt, Benzedrine-fueled town sheriff to blame? Or is Finn’s account of a lake-dwelling monster more than a near-death hallucination? Racing against time and Mother Nature, Gavin and Finn embark on a quest to catch a nightmare that seems to have evolved with a single frightful purpose: to feed on human prey. An homage to the blockbuster Jaws and the classic American novel Moby-Dick, Mannheim Rex is a deep dark thriller that switches seamlessly between heart-warming friendship and heart-stopping action.