Maiden of the Wolf 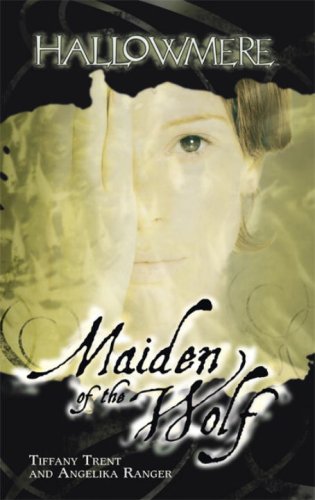 Maiden of the Wolf
Angelika Ranger, Tiffany Trent
Werewolves are on the hunt in this next volume of Hallowmere...With the culmination of Between Golden Jaws, Corrine and all of her friends are thrown into separate fairy worlds. Ilona finds herself in one of these raths, a world controlled by an evil countess so obsessed by youth, she sacrifices young girls to draw their life force into her own. Forced to join the countess's troop of werewolves, Ilona must help in their mission of kidnapping girls from the mortal world. As she puzzles over how to save the girls without putting herself in danger, she begins to fall for one of the werewolf lieutenants. It's the chance for love she's always dreamed of, but at what cost? Tiffany Trent's thrilling series continues in this next Hallowmere book, written in partnership with Angelika Ranger. Ranger's lyrical writing gives voice to Corrine's tough but wary friend Ilona Takar, as Ilona embarks on an otherworldly journey that will help determine the fate of Corrine and all the girls from Falston.
1 Vote

When Ilona is transported to a rath controlled by an evil countess where she is ordered to rescue the rathstone for Hallomere, she finds way more then what she bargained for. A countess who takes young girls from their families, tortures them, and bathes in their blood, a werewolf Ilona may happen to be falling in love with, and being forced to be a part of the countess's army, top the list. And did I mention the army general is a werewolf? How will Ilona get the rathstone without the countess, the general, and the evil Madame Joo finding out who she really is?