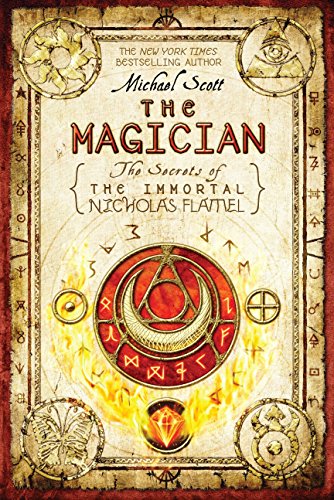 The Magician
Michael Scott
Nicholas Flamel appeared in J.K. Rowling’s Harry Potter—but did you know he really lived? And he might still be alive today! Discover the truth in Michael Scott’s New York Times bestselling series the Secrets of the Immortal Nicholas Flamel in The Magician, book two.   After fleeing Ojai, Nicholas, Sophie, Josh, and Scatty emerge in Paris, the City of Lights. Home for Nicholas Flamel. Only this homecoming is anything but sweet. Perenell is still locked up back in Alcatraz and Paris is teeming with enemies. Nicollo Machiavelli, immortal author and celebrated art collector, is working for Dee. He’ s after them, and time is running out for Nicholas and Perenell. For every day spent without the Book of Abraham the Mage, they age one year—their magic becoming weaker and their bodies more frail. For Flamel, the Prophesy is becoming more and more clear.    It’s time for Sophie to learn the second elemental magic: Fire Magic. And there’ s only one man who can teach it to her: Flamel’s old student, the Comte de Saint-Germain—alchemist, magician, and rock star. Josh and Sophie Newman are the world’s only hope—if they don’t turn on each other first.“Readers will be swept up by a plot that moves smartly along, leaving a wide trail of destruction and well-timed revelations.”—Kirkus Reveiws, Starred   Read the whole series! The Alchemyst The Magician The Sorceress The Necromancer The Warlock The Enchantress
1 Vote

When Nicholas Flamel, Sophie, Josh, and Scatty flee from Ojai, California, and the unpleasant John Dee, they end up in Paris. (They get there by passing through a leygate that was opened by The Witch of Endor.) They have lost the very important book of Abraham the Mage to John Dee and the Dark Elders, except for two key pages. Unfortunately, a certain disturbing character called Niccolo Machiavelli teams up with John Dee to hunt them down in order to obtain the above mentioned remaining two pages of the book of Abraham.