Lulu Dark and the Summer of the Fox 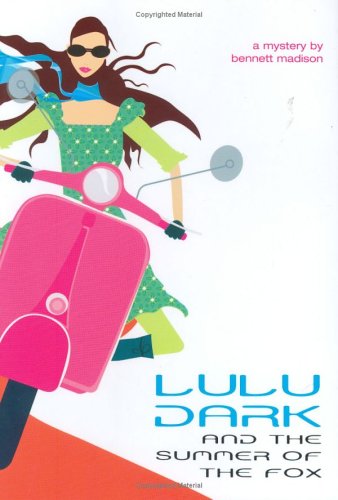 Lulu Dark and the Summer of the Fox
Bennett Madison
Lulu Dark's summer of relaxation is cut short when her B-list celebrity mom drops into town to shoot a movie and then mysteriously disappears, but a note from an unknown figure who calls himself "The Fox" may hold the clues Lulu needs to find her mother.
1 Vote

In the sequel to Lulu Dark can see through walls. Lulu finds herself in the midst of another adventure. Lulu's mom a B-list actress has disappeared, and Lulu sets out to find her. Along the way Lulu meets an egotistical up and coming actress, a kung-fu fighting bodygaurd, and a pudgy mommas boy director. only the worst is yet to come a crazy middle aged actress is out in the Hollywood world pulling horrible pranks on unsuspecting actresses, and Lulu knows she is the only one who can stop it.