For The Love of Strangers 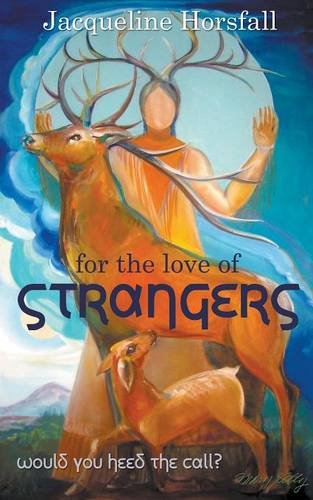 For The Love of Strangers
Mary Kelly, Jacqueline Horsfall
Philoxenia. When the police call using this code word, 16-year-old Darya knows she will be sheltering strangers: women with missing teeth, dislocated jaws, black eyes - and stalking husbands. Other strangers - nonhuman strangers - seek Darya's protection too, whispering from the depths of the forest in voices only she can hear. If she obeys the voices, she risks her adoptive mother's rage, the taunts of a surly island boy, and the wrath of her community. If she refuses the voices, a primeval species faces extermination. What if you discovered your birth fulfilled an ancient prophecy? What if you were destined to save an entire wild species? Would you heed the call?
1 Vote

Tweet
For The Love of Strangers review by CWalb

Philoxenia- a Greek word meaning "love of strangers." Love is exactly what Philoxenia House- a house for women who need to hide from abusive husbands- shows to the strangers it takes in. Darya and Nikki are two children adopted by Tee-tee, the head of Philoxenia house, from Russia many years ago. Told from the point of view of Darya as she struggles with feelings of abandonment and being an adopted child, this story deals with the mundane as well as the fantastic, for little does Darya know that she is born to fulfill an ancient prophecy.