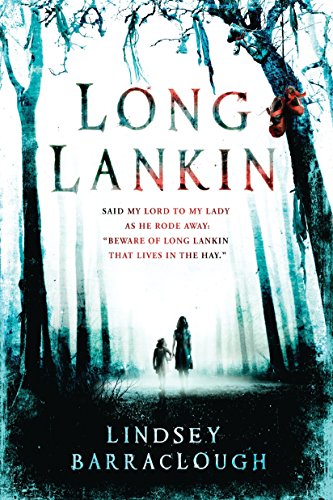 Long Lankin
Lindsey Barraclough
In an exquisitely chilling debut novel, four children unravel the mystery of a family curse — and a ghostly creature known in folklore as Long Lankin.When Cora and her younger sister, Mimi, are sent to stay with their elderly aunt in the isolated village of Byers Guerdon, they receive a less-than-warm welcome. Auntie Ida is eccentric and rigid, and the girls are desperate to go back to London. But what they don’t know is that their aunt’s life was devastated the last time two young sisters were at Guerdon Hall, and she is determined to protect her nieces from an evil that has lain hidden for years. Along with Roger and Peter, two village boys, Cora must uncover the horrifying truth that has held Bryers Guerdon in its dark grip for centuries — before it’s too late for little Mimi. Riveting and intensely atmospheric, this stunning debut will hold readers in its spell long after the last page is turned.
1 Vote

When Cora and her sister Mimi leave London to stay with a mysterious Aunt they find themselves quickly wrapped up in a surreal adventure. Their relocation to Geurdon Hall has awakened something that hhas been asleep in the shadows for many years, something monsterous.  With the help of her new friend Cora begins to unravel the messages of the ghostly apparations who seem flock to her.  Can Cora stop a curse that has haunted her family for generations, and can she solve it in time to save her sister or will she be too late?