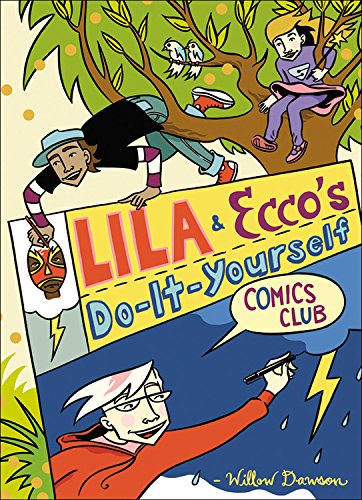 Lila and Ecco's Do-it-yourself Comics Club
Willow Dawson, Willow Dawson
Twelve-year-olds Lila and Ecco are obsessed with comics. Every summer, they dress up as their favorite characters to attend the local comic book convention. This year, after they stumble into a workshop of comics creators, Lila and Ecco come to an exciting realization -- they can make their very own comic books! Join Lila and Ecco as they embark on their exciting and rewarding do-it-yourself adventure. Along the way, readers will see how comics can be used to share stories with their friends and say what they want to say. They'll also learn how to harness ideas and inspiration; create believable characters and stories; illustrate motion, suspense and time passing; tips and step-by-step instructions on inking, coloring, lettering, cover art and design, binding comics and much, much more.
1 Vote