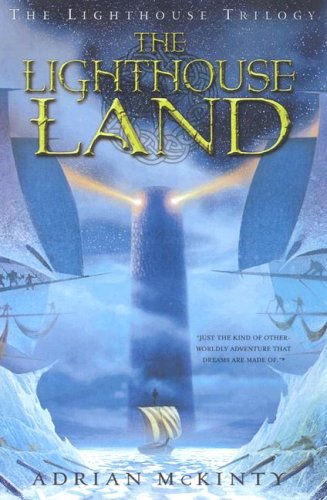 The Lighthouse Land
Adrian McKinty
The start of an epic sci-fi trilogy with an unforgettable heroIn the first book of this series from acclaimed crime fiction writer Adrian McKinty, Jamie O’Neill and his mother set out for a new home on an island off the coast of Ireland, a windswept place inherited from a long-lost relative. It’s a chance to start again after the cancer that took one of Jamie’s arms. But Muck Island is no sanctuary. Many strange surprises await the O’Neills there, the strangest being the one locked in the top of its ancient lighthouse. Discovering it will send Jamie on an interstellar mission that could change the course of his life, and the universe, forever. Praise for The Lighthouse Land “McKinty, previously known for adult crime novels, brings an attuned ear for dialogue and a taut pacing to his first YA outing, the launch title in the Lighthouse Trilogy.” —Publishers Weekly “This thought-provoking sci-fi adventure offers universal appeal, excitement, and a one-of-a-kind hero whose courage and compassion will inspire any reader.” —Children’s Literature “Few readers will be able to resist . . . teens will enjoy this first book in a planned trilogy.” —VOYA
1 Vote

The Lighthouse Land is about Jamie O'Neill, who had his arm cut off to cure his cancer. Since then, he hasn't talked at all. His mother inherits Muck Island in Ireland, and a mysterious lighthouse lies on it. Jamie and his friend Ramsay explore the lighthouse and find the Salmon, which opens a wormhole to another world. On this world, Jamie talks and has both arms. This world has an island nation about to be attacked by the Alkhavans, a group of pirates who use Iceships carved from glaciers. Jamie and Ramsay meet Wishaway, an alien from Aldan, the island being attacked.