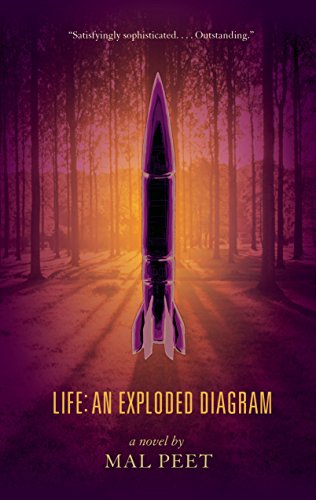 Life: An Exploded Diagram
Mal Peet
"Peet’s subtle, literary play with narrative voice, style, and chronology make this a satisfyingly sophisticated teen novel." —The Horn Book (starred review)Carnegie Medalist Mal Peet ignites an epic tale of young love against the dramatic backdrop of the Cold War and the Cuban Missile Crisis. This brilliant coming-of-age novel is a gripping family portrait that interweaves the stories of three generations and the terrifying crises that define them. With its urgent sense of history, sweeping emotion, and winning young narrator, Mal Peet’s latest is an unforgettable, timely exploration of life during wartime and the perennial question: Can love survive a lifetime?
2 Votes

An unexpected and unrealistic love develops between Clem and Frankie who are from two separate worlds, Clem being from a family dependent on help, and Frankie from a rich family.  How long can these two keep their relationship a secret? And just how are their families connected? Read and find out as these two young lovers experience feelings they never had before while racing against time in a war torn world.

What's this?
Life: An Exploded Diagram review by VBat

In cold-war era England, Clem Ackroyd, an intelligent, handsome working class boy with a talent for drawing, falls in love with Frankie Mortimer, the rich daughter of his father's employer.  Across the ocean in America, president John F. Kennedy tries to balance an imminent public relations nightmare against the possibility of World War III. As their community becomes aware of the international conflict, the young couple faces not only the threat of their parents' disapproval, but also the threat of nuclear war.