This Life, This Death 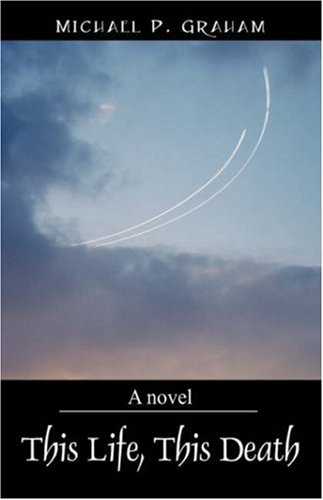 This Life, This Death
Michael P. Graham
A World War II Ace Seeks Peace -Only to Find a New WarWhen he resettled in Asturia two years after World War II, former fighter pilot David Bridgeman believed that he had found peace-until the day when he flew out to a remote mountain airport to investigate the unexplained crash of a fellow pilot. There, he makes a terrifying discovery that leads to others-and finally to a plot masterminded by a fugitive secret police officer to seize power at gunpoint. Bridgeman quickly finds himself facing a new war, racing against time to train a squadron of new pilots who do not completely accept him, as the plot to crush Asturia's nascent democracy marches toward execution . . .
1 Vote

This novel is set in the fictional South American country of Asturia. David Bridgeman is a former United States fighter pilot ace from World War II. He lives a peaceful life with his girlfriend and her daughter until his friend at the mail company he flies for gets shot down. This incident is the first evidence of the threat that is to arise, an overthrow of Asturia's new democracy by one of the former brutal rulers. David Bridgeman is chosen to train new fighter pilots in preparation for the attack and lead them when the time comes.