The Law of Three 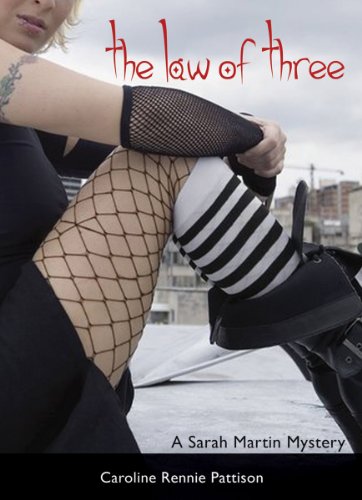 The Law of Three
Caroline Rennie-Pattison
Sarah Martin isn't the only outsider in her small Muskoka town. But when she's teamed up with Byron Hopper for a geometry project, she discovers that she's had an easier time being accepted in her new town than some long-time residents. Byron's family has long been the subject of rumours. Some say that they are a mob family, some say they are part of a witness relocation program, some say they are just plain weird. But the most sinister rumour surrounds Byron's sister, Garnet, who many believed committed murder. Sarah resolves to get closer to Byron to find out more about his family ... and get to the bottom of the alleged murder. In so doing, she learns that the family has another secret: they're Wiccans. As Sarah learns more about the family, she also cuts through popular misconceptions about Wicca and finds out what Wiccans believe, how they worship, and what values they hold dear.
1 Vote

Is it possible to be cursed? Sarah Martin doesn't think so, but apparently Garnet Hopper does. After a misunderstanding, new student Sarah Martin finds herself on the bad list of Garnet Hopper, a notorious delinquent. Garnet, a rumored devil worshiper, curses Sarah. Sarah is determined to find out the truth behind the curse, so she befriends Bryon, Garnet's brother. Not even the rumors about the Hopper family could have prepared her for the mystery that she begins to unravel as she grows closer with Bryon and discovers that his sister may be a murderer.