The Last Apprentice: Revenge of the Witch 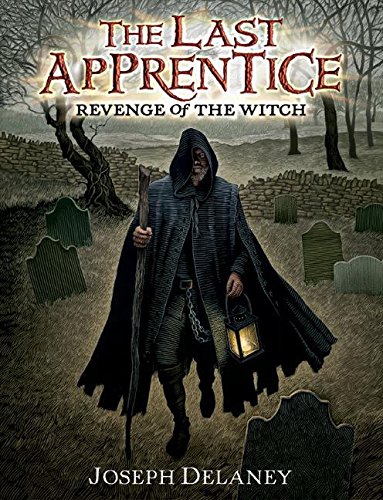 The Last Apprentice: Revenge of the Witch
Joseph Delaney, Patrick Arrasmith
Capturing witchesBinding boggartsDriving away ghostsFor years, Old Gregory has been the Spook for the county, ridding the local villages of evil. Now his time is coming to an end. But who will take over for him? Twenty-nine apprentices have tried–some floundered, some fled, some failed to stay alive.Only Thomas Ward is left. He's the last hope; the last apprentice.Can Thomas succeed? Will he learn the difference between a benign witch and a malevolent one? Does the Spook's warning against girls with pointy shoes include Alice? And what will happen if Thomas accidentally frees Mother Malkin, the most evil witch in the county ... ?
1 Vote

Tweet
The Last Apprentice: Revenge of the Witch review by EH

This book starts out with a boy named Thomas Ward. He is the seventh son of a seventh son. Then the local spook takes him into apprenticeship. The Spook's job is to "protect farms and villages from things that go bump in the night. Dealing with ghouls, boggarts, and all manner of wicked beasties." During his training he meets a girl named Alice and his life goes downhill from there. Including accidentally resurrecting an evil which! Can the spook teach Thomas enough to stay alive?