The Last Apprentice: Curse of the Bane 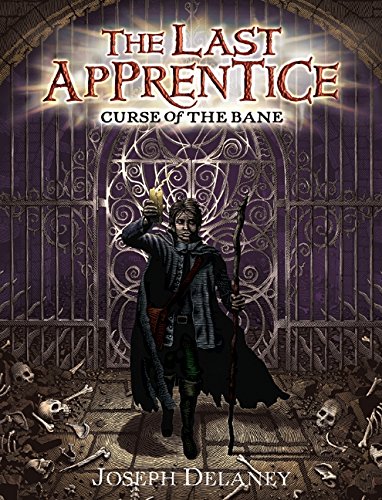 The Last Apprentice: Curse of the Bane
Joseph Delaney
Now it's the dark's turn to be afraid The Spook and his apprentice, Thomas Ward, deal with the dark. Together they rid the county of witches, ghosts, and boggarts. But now there's some unfinished business to attend to in Priestown. Deep in the catacombs of the cathedral lurks a creature the Spook has never been able to defeat; a force so evil that the whole county is in danger of being corrupted by its powers. The Bane!As Thomas and the Spook prepare for the battle of their lives, it becomes clear that the Bane isn't their only enemy. The Quisitor has arrived, searching for those who meddle with the dark so he can imprison them—or worse.Can Thomas defeat the Bane on his own? Is his friend Alice guilty of witchcraft? And will the Spook be able to escape the Quisitor's clutches?
1 Vote

Tweet
The Last Apprentice: Curse of the Bane review by ROrn

Mr. Gregory has an apprentice named Tom Ward. The spook (a person who takes care of dark creatures) is out sick and Tom must catch a ripper for him. A ripper is a dark creature who sucks on the blood of a human. Risking his master's brother's life, Tom catches the ripper and puts it to rest. With all this done, Tom goes back to his master. A little while later, news comes that Mr. Gregory's brother is now dead.