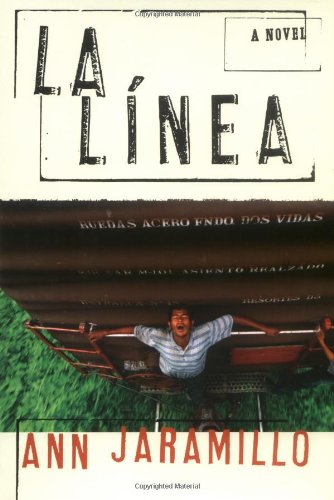 La Linea
Ann Jaramillo
Miguel's life is just beginning. Or so he thinks. Fifteen-year-old Miguel leaves his rancho deep in Mexico to migrate to California across la linea, the border, in a debut novel from Ann Jaramillo of life-changing, cliff-hanging moments. But Miguel's carefully laid plans change suddenly when his younger sister Elena stows away and follows him. Together, Miguel and Elena endure hardships and danger on their journey of desperation and desire, loyalty and betrayal. An epilogue, set ten years after the events of the story, shows that you can't always count on dreams--even the ones that come true.Latino Interest.
1 Vote

Papá and Mamá left seven years ago to cross la línea, the line. Miguel, a fifteen-year-old Mexican boy, has been promised several times that he can join them soon, and still, nothing has happened. Then he gets a note on his birthday saying to contact Don Clemente, a rich man known for helping people cross into Estados Unidos, the United States. Miguel is finally on his way. Unfortunately, he didn't reckon on his sister sneaking out of the house and onto the train with him, carrying enough borrowed money to cross on her own.