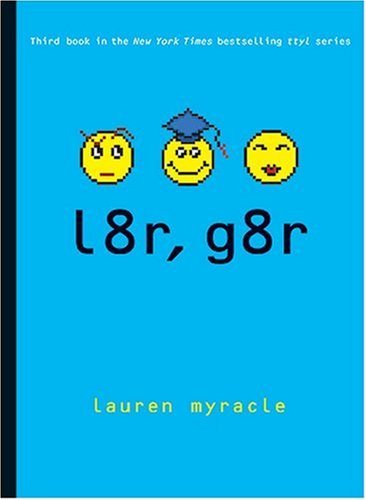 L8r, g8r by Lauren Myracle is a fictional compilation of instant messaging between three friends. Maddie (mad maddie), Angela (SnowAngel), and Zoe (zoegirl) depict the drama of their senior year by typing frantic, excited, or depressed messages to each other. Jana, a girl that has been the bane of the trio's existence, is along for the ride, playing cruel tricks on each one of them. It is a novel of budding romance, but it especially demonstrates the strong power of friendship that binds the girls together as their support, love, and compassion are expressed.