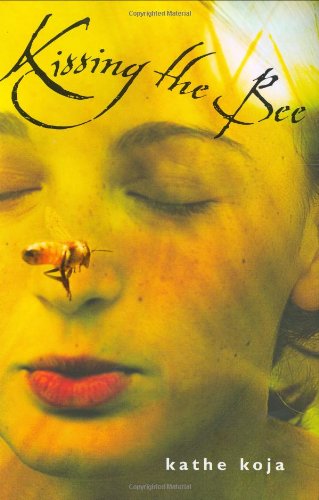 Kissing the Bee
Kathe Koja
Senior year is flying by, the prom is approaching, and Dana, her best friend, Avra, and Avra's boyfriend, Emil, are about to encounter the pains and pleasures of that intricate beehive called adult life. While Dana plans on college, Avra plots escape once school is over―and plans to take Emil along for the ride. What does Emil want? He's not saying. Dana studies bees for a biology project, fascinated by their habits and their mythological imagery – but in real life, emotions can sting, and while two's company, these three may just become a crowd. As Dana reminds us, in every hive there is only one queen bee. With remarkably textured language and a distinctive heroine, Kissing the Bee is a novel of rare depth and stark honesty that will draw readers in from the very first page.Kissing the Bee is a 2008 Bank Street - Best Children's Book of the Year.
1 Vote

Senior year is going by faster than anyone can imagine and Dana, her best friend Avra, and Avra's boyfriend Emil are going into a long windy journey that is going to change their lives forever. Dana is working on a project about bees that has her very interested and enthralled. Dana has a full scholarship and is planning to use it. Avra on the other hand has no plan whatsoever except shes leaving and Emil is going along with her. Prom is coming up and tension is starting to build for certain people. But why? Dana has a secret that has her slightly confused and even a little crazy.