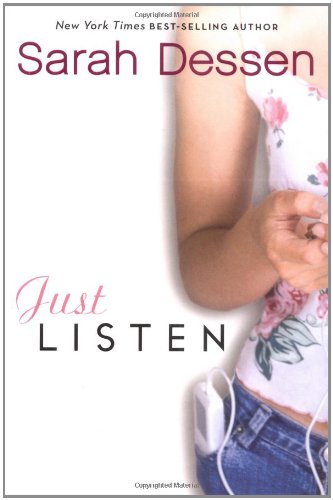 Just Listen
Sarah Dessen
A New York Times bestsellerTo find the truth you’ve got to be willing to hear it. When she’s modeling, Annabel is the picture of perfection. But her real life is far from perfect. Fortunately, she’s got Owen. He’s intense, music-obsessed, and dedicated to always telling the truth. And most of all, he’s determined to make Annabel happy. . . “This is young adult fiction at its best.” —School Library Journal Also by Sarah Dessen:Along for the RideDreamlandKeeping the MoonLock and KeyThe Moon and MoreSomeone Like YouThat SummerThis LullabyThe Truth About ForeverWhat Happened to Goodbye
1 Vote

Annabel Greene, a model, starred in one commercial as a girl who has everything. The irony is that she is, in fact, a loner. Annabel was once best friends with Sophie, the most popular girl in school. But something happened that caused them to separate. But Annabel doesn't like to think about that night. That's not the only problem she has to deal with. Her sister, Whitney, has an eating disorder and that fact is what started a fight between Kirsten, her oldest sister, and Whitney. Her mother tends to be unstable in dealing with problems.