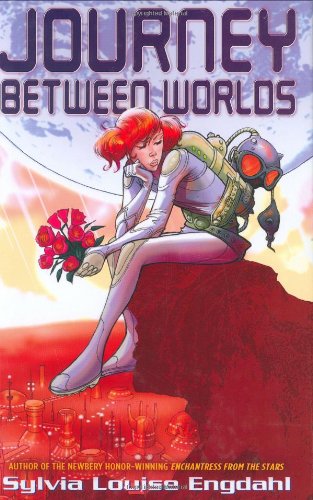 Journey Between Worlds
Sylvia Engdahl
When Melinda Ashley receives a ticket to Mars as a high school graduation gift from her dad, she isn't at all eager for the trip. But he is going himself, and because she hasn't had much opportunity to get to know him in the past, she agrees to accompany him. She has little interest in the Martian colonies until, aboard the ship, she meets Alex Preston, a second-generation colonist who is going home. During her stay on Mars she finds herself more and more drawn to Alex and begins to understand why he and his family believe so strongly in the future they are working toward. Ultimately, after she has faced tragedy and sorrow, a terrifying experience on the Martian moon Phobos shows Melinda what is really important to her.This timeless novel of a young woman'’s journey between two worlds has stirred readers’' imaginations for generations. This edition has been updated to reflect discoveries about Mars and changes in attitudes toward women's roles that have occurred since the original 1970 edition.
1 Vote

Melinda has her whole life planned out. She is going to marry her boyfriend and live on the beach. When she graduates high school, her father offers to take her to Mars on a long business trip with him. She accepts. On the ship to Mars, she befriends a guy named Alex. She lives on Mars longer than she expected and goes through many different problems. When Alex thinks about more than friendship, Melinda doesn't know what to choose. Who knows what will happen.