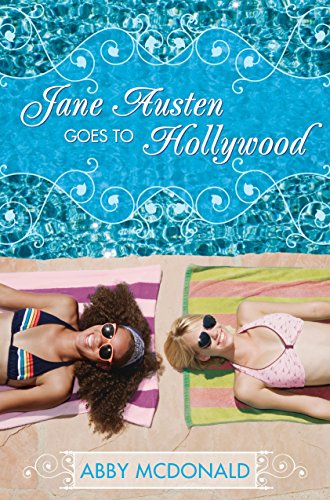 Jane Austen Goes to Hollywood
Abby McDonald
Abby McDonald channels Jane Austen in this modern take on Sense and Sensibility. Hallie and Grace Weston couldn't be more different. Older sister Hallie thinks all the world's a stage --her stage, to be exact --while even-tempered Grace tries to keep her dramatic sister in check. When their father dies, leaving everything to his snooty new wife, the sisters face a new challenge: uprooted from their home and friends, they're forced to move into a relative's guest house--in shiny, status-obsessed Beverly Hills. Plunged into a strange and glamorous new world, the penniless Weston sisters try to rebuild their lives. Aspiring actress Hallie throws herself headlong into the Hollywood scene--and an intense affair with musician Dakota. Meanwhile, shy Grace manages to find an unlikely ally in the bubbly entrepreneur Palmer, but still yearns for the maybe-almost-crush she left behind. But is Hallie blinded by her cinematic visions of true love? And can Grace find the strength to step off the sidelines?
1 Vote

In the first chapter the Westen family is at the funeral of the father, John Westen. Hallie the oldest was sobbing, but Grace was not, all she could think about was pie! John was married to a lady named Portia, who is Grace's stepmother. There were 3 kids overall, Hallie, the oldest, Grace, the middle child, and the baby Dash. After the funeral,  Portia uprooted the family and took them to Beverly Hills, where they are forced to move into a relative's guest house. Hallie and Grace have to rebuild their lives here in Beverly Hills to fit in with the crowd.