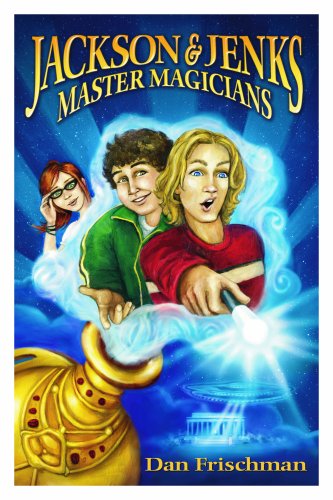 Jackson and Jenks: Master Magicians
Dan Frischman
Best friends Darren Jackson and Jamie Jenks are struggling to become a professional teen magic duo. The only problem: their tricks always fail, and they sadly lay claim to being the worst magicians ever. But that s about to change. A trip to a thrift shop leads them to a mysterious force which turns Jamie into a real magician. Now able to do anything at all, world fame and fortune quickly follow as well as a world of trouble when they turn the President of the United States into a four-pound rodent. On the run, the boys must evade the police and the FBI, not to mention a tyrannical fellow magician, before their luck runs out forever.
1 Vote

Dan Frischman keeps the reader on the edge of their seat exasperated and aching for more. In this book he combines suspense and a sense of bewilderment. Two daring children go on an adventure that at times even they cannot believe what is going on around them. This author is really amazing. The sense of thrill is literally overwhelming. He makes the very realistic other than the fact that magic is involved. A lot of things that go on in the story readers of similar age to the characters can relate to. I think that this is an important aspect of writing a story.