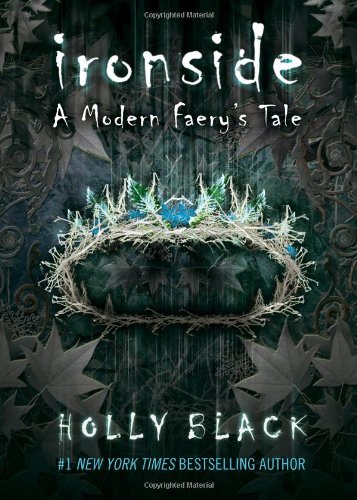 Ironside: A Modern Faery's Tale
Holly Black
In the realm of Faerie, the time has come for Roiben's coronation. Uneasy in the midst of the malevolent Unseelie Court, pixie Kaye is sure of only one thing -- her love for Roiben. But when Kaye, drunk on faerie wine, declares herself to Roiben, he sends her on a seemingly impossible quest. Now Kaye can't see or speak to Roiben unless she can find the one thing she knows doesn't exist: a faerie who can tell a lie. Miserable and convinced she belongs nowhere, Kaye decides to tell her mother the truth -- that she is a changeling left in place of the human daughter stolen long ago. Her mother's shock and horror sends Kaye back to the world of Faerie to find her human counterpart and return her to Ironside. But once back in the faerie courts, Kaye finds herself a pawn in the games of Silarial, queen of the Seelie Court. Silarial wants Roiben's throne, and she will use Kaye, and any means necessary, to get it. In this game of wits and weapons, can a pixie outplay a queen? Holly Black spins a seductive tale at once achingly real and chillingly enchanted, set in a dangerous world where pleasure mingles with pain and nothing is exactly as it appears.
1 Vote

Kaye, Roiben and the rest of the faerie world are back in a whole new adventure. As Roiben's coronation rolls around, Kaye declares herself to Roiben, and is sent on an impossible quest. Kaye, not being able to see Roiben until the quest is complete, returns home. When she is caught off guard, she is forced to tell her mother about the changeling. Kaye goes to the Seelie Court to get her counterpart back. Upon going, Kaye is caught up in a plot by the Seelie queen herself to get Roiben's throne. Kaye must outwit the entire faerie realm in order to save herself and Roiben.