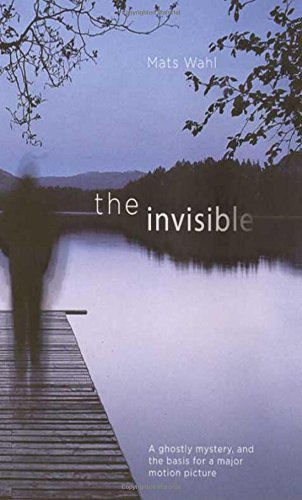 One ordinary Monday morning in May, Hilmer Eriksson walks into his high school classroom and discovers that he has become invisible. No one can see him, no one can hear him. In fact, a police detective named Harald Fors arrives at school that very morning to investigate Hilmer's disappearance. The boy has no idea what's going on, but he's frightened, and he's starting to forget things - including what happened to him a few nights earlier. Detective Fors suspects foul play, and those suspicions lead him - trailed by the ghostlike presence of Hilmer - to a group of skinheads. These unpopular, disaffected kids are very vocal about their Nazi sympathies. But how does Hilmer's life intersect with theirs? As Fors scours the village and interviews area residents for clues, he begins to piece together the puzzle of Hilmer's disappearance. Meanwhile Hilmer waits, silently, to discover what has happened to him. In this riveting mystery set in northern Sweden, Mats Wahl deftly alternates between the policeman's and the victim's points of view, as the story of a missing-persons case shifts with a sad inevitability into a heartbreaking murder investigation.
2 Votes

A high school boy, Hilmer Eriksson, becomes invisible on a Monday morning, and is the main character in a murder mystery. Once he realizes it, he becomes dependent on the detective investigating his disappearance; Detective Fors. Hilmer stays invisible through Monday morning to Tuesday afternoon, following Fors in hopes of becoming visible again. But, as the detective uncovers more clues, Hilmer suffers invisibly, where no one can help him. In the visible world, Detective Fors finds information on Hilmer's troublesome classmates.

What's this?
The Invisible review by KLaw

Hilmer Eriksson is invisible, no one can see him or hear him. He soon learns that he is missing, but he has no idea ware his body lies. Hilmer must stay close to detective Fors in order to solve this mystery. But, even if he finds his body who can he tell if no one can hear him? It is a struggle to save his own life. Slowly Hilmer is dieing. Can he solve the mystery before his death?