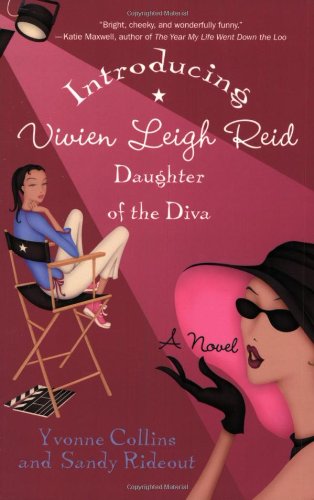 Introducing Vivien Leigh Reid : Daughter of the Diva
Sandy Rideout, Yvonne Collins
Leigh can think of a million ways she'd rather spend a summer besides visiting her movie star mother, Annika. But her dad insists the two need some "mother/daughter bonding time," and packs fifteen-year-old Leigh off to Ireland, where she'll be her mom's personal assistant on the set of her latest film, "Danny Boy." It could be worse. Annika may be a distant, self-absorbed diva, but Sean, the young, hot co-star, has a brogue to die for, and things heat up when Leigh lands a bit-part in the movie. Soon, Leigh and Annika are sharing scenes, scripts--and the spotlight. With tensions rising on the set, Annika and Leigh must finally grow into their most demanding roles: mother and daughter.
1 Vote

Leigh is a normal teenage girl, planning to be a veterinarian, who enjoys instant messaging her best friend. Well, almost normal. Her mom, Annika Andersen, is a B movie star who named Leigh after some weird old actress who starred in "Gone with the Wind", and now she's committing to having Leigh spend a few weeks with her on a movie set in Ireland. Despite her anger at being forced to go, Leigh is eventually resigned, and actually begins to enjoy her stay when she gets a minor role in her mom's new picture and falls for a cute Irish actor.