The Interrogation of Ashala Wolf 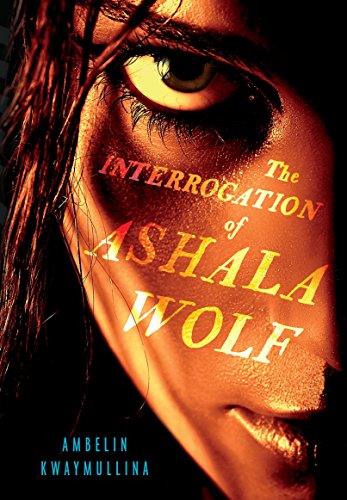 The Interrogation of Ashala Wolf
Ambelin Kwaymullina
A compelling debut novel asks what happens when children develop inexplicable abilities—and the government sees them as a threat. They’re known as Firestarters. Boomers. Skychangers. The government calls them Illegals — children with inexplicable abilities — and detains them in menacing facilities so that society is kept out of harm’s way. Ashala Wolf and her Tribe of fellow Illegals have taken refuge in the Firstwood, a forest eerily conscious of its inhabitants, where they do their best to survive and where they are free to practice their abilities. But when Ashala is compelled to venture outside her territory, she is betrayed by a friend and captured by an enemy. Injured and vulnerable, with her own Sleepwalker ability blocked, Ashala is forced to succumb to a machine that will pull secrets from her mind. It’s only a matter of time before the machine ferrets out the location of the Tribe. Her betrayer, Justin Connor, is ever-present, saving her life when she wishes to die and watching her every move. Will the Tribe survive the interrogation of Ashala Wolf?
2 Votes

Ashala Wolf and her group of Illegals, who have special abilities, run into Firstwood and meet saurs. Saurs are large reptiles that can speak telepathically. The Saurs promise to keep Ashala and her Tribe safe if they don't eat animals. However, there is a "rat" among their group who tells the government about the pact and their secrets. The soldiers purposely kill a rabbit so Jaz, one of the Illegals, eats it. He broke the pact, so Jaz is taken to the saurs. Will Jaz be ok?  Read and find out!

What's this?
The Interrogation of Ashala Wolf review by zkraus

"The Interrogation of Ashala Wolf" by Ambelin Kwaymullina is set 300 years in the future. The old world has been destroyed, and a new world has been formed. There are people who have special abilities. People with abilities, illegals, are believed to be dangerous and are locked in a detention center. Ashala Wolf is an illegal. She is the leader of The Tribe, a group of teenagers all of whom ran away to avoid being detained. When Ashala is betrayed by Justin, a new Tribe member, as well as an undercover enforcer, her whole world comes crashing down.