How Not to be Popular 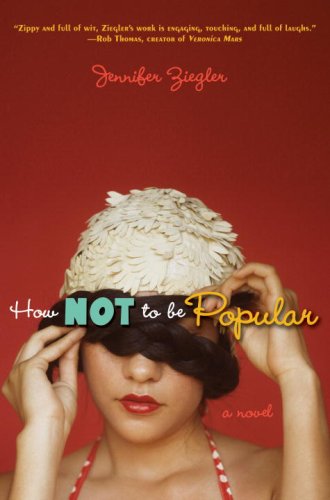 How Not to be Popular
Jennifer Ziegler
Maggie Dempsey is tired of moving all over the country. Her parents are second-generation hippies who uproot her every year or so to move to a new city. When Maggie was younger, she thought it was fun and adventurous. Now that she’s a teenager, she hates it. When she moved after her freshman year, she left behind good friends, a great school, and a real feeling of belonging. When she moved her sophomore year, she left behind a boyfriend, too. Now that they’ve moved to Austin, she knows better. She’s not going to make friends. She’s not going to fit in. Anything to prevent her from liking this new place and them from liking her. Only . . . things don’t go exactly as planned.
1 Vote

Tweet
How Not to be Popular review by KM

Young Sugar had been a rolling stone all of her life, and never was stationary for more than a few months. She's always loved this way of life because the excitement of meeting new people was such an adventure. This time, it's not the same. Her free-bird parents uproot her life and move it from her beautiful home on the California coast, all the way to Austin, Texas. She leaves behind the only boy she has ever loved, Trevor and her beautiful set of A- list friends. Home sick and out of place, Sugar-Mags devises a plan to be an outcast.