How to Date an Alien: My Alien Romance 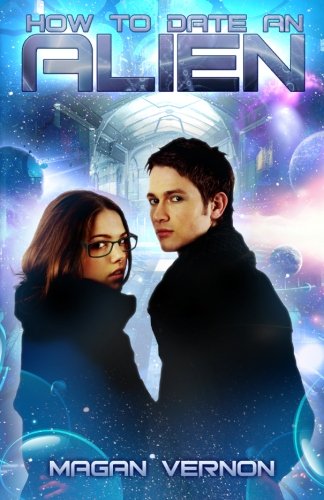 How to Date an Alien: My Alien Romance
Magan Vernon
High school senior Alex Bianchi's estranged father gets her an internship at Circe Operations Center to pad her college applications. But Circe isn't your typical military base. It's an alien-run operation center and not all of the aliens are friendly, especially the one that tries to kill Alex on her first day. When Ace, a dark-eyed Caltian, enters and saves the day, she can't help but be drawn to him. Can these star-crossed lovers survive when they're on the brink of intergalactic war?
2 Votes

Tweet
How to Date an Alien: My Alien Romance review by ReesaOnFire

For most teenagers, the summer before senior year is filled with applications, sun, fun, and maybe a little summer romance. Shy and quiet Alex, daughter of an Air Force Colonel, comes to the Circe Air Force Base internship expecting all this; what she wasn’t expecting was aliens. Circe wasn’t an American Air Force Base used for training, but rather an Alien Operations Center.

What's this?
How to Date an Alien: My Alien Romance review by maggie82

In How to Date An Alien: My Alien Romance, Alex is a high school student. The story takes place in the summer before her senior year. During an interview with a Columbia college recruiter, she says she has an internship at Circe, the Air Force base where her dad works. The story takes place during this internship at Circe that her father gets her. When Alex arrives, she discovers that Circe is in fact an alien operations center. She is attacked by an alien, but is saved by another alien, who she later learns to be Ace.