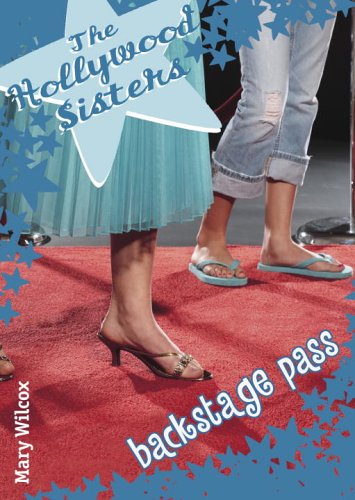 The Hollywood Sisters: Backstage Pass
Mary Wilcox
Lights. Camera. Backstabbing.My sister, Eva, just hit the big time as a TV teen–but the big time is hitting back. Someone on the set is planting lies about her in the gossip columns. Can I crack the case before Eva becomes just another falling star?My camera is trained on two jealous actresses, one kick-butt publicist, and the boy next door (well, he plays one on TV). No one is playing their part as expected. As it turns out . . . not even me.
2 Votes

Sixteen-year-old Eva Ortiz dazzles viewers weekly on a hit television sitcom. Her younger sister, Jessica, does not have any acting aspirations, preferring to led an average life off-camera. When accidents start happening on the set and things start to go missing, Jess decides it's up to her to solve the mysteries. Of course, she gets into trouble while she's trying to do good. Luckily, mistakes and miscommunication also lead to clues...

What's this?
The Hollywood Sisters: Backstage Pass review by EM

Jessica's sister Eva is THE teenager in Hollywood at the moment. She's turned her small role on the TV show 'Two Sisters' into a starring role. She's got offers for more roles coming her way. But she's also getting some bad press - the kind that only an insider could hand off to the gossip columnist. Who on set is selling Eva out? Jessica is determined to sleuth around and discover the culprit.